26 July
Even though Samsung acknowledged that the batteries inside their phones were defective and would fail a few months after use they did not create a proper framework allowing users to replace the defective batteries.

Support centers did not even know about the problem and many requested that batteries be posted leaving users with no phone for days or weeks.

Since each battery has a serial number, why wasn't this used?


This video will explain one method to tell a defective battery from a good one. 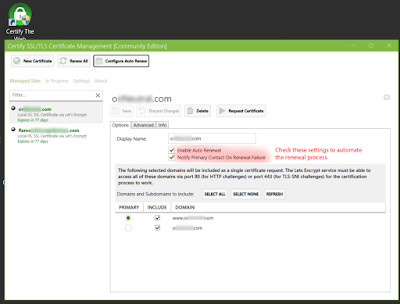 The internet is not a secure place. If you’re not aware of this fact just google “ computer security stories ” or “ data breaches ” and click on the first few links that come up. All content on the internet needs to be secured. This article focuses on the secure transmission of data between your browser and the website that you are connected to. This is known as Hyper Text Transfer Protocol Secure ( HTTPS ).  In order to secure communications certificates are used to encrypt data between you and the web site. A Certificate Authority (CA) is an entity that can issue, renew and manage these certificates. Take a situation in which you are interacting with your bank via its web site. You expect: that: The transactions, balances and other information from the banks IT systems are for your eyes only and no one can intercept these transmissions by introducing themselves between your bank’s computer and your device. This is known as the man-in the-middle attack; No one can manipulate
Read more 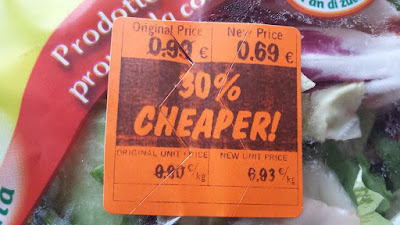 LIDL occasionally discounts products. This may be because a product is nearing the best-before date, to clear slow moving goods or maybe because the item’s packaging has been damaged. The sticker below is from LIDL's mixed salad   The sticker tells the consumer the original price, the percentage discount and the discounted price. The consumer also gets to know how much he or she is saving per kilo of that product.  The shortcoming of LIDL’s system is that the barcode of the discounted product is the same as that of its undiscounted equivalent. On many occasions the undiscounted product is concurrently on sale. This means that when the cashier scans the barcode, LIDL’s system has no way of differentiating between the differently priced products and the cashier has to manually intervene to mark down the product.  LIDL operate a high efficiency system. Cash points are opened or closed depending on the number of customer waiting at the checkout. When not at the till employees
Read more