Why the UK Election will not solve the Brexit stalemate


The road to an early election after the October 31st Brexit deadline was missed reminds me of the “I have a cunning plan” by Baldrick from the UK series Blackadder. For anyone who has not watched the series my only comment is that you don’t know what you’re missing. The Baldrick character was a run down sidekick who was downright stupid and naive.

After parliament forced the hand of Boris Johnson, the UK’s prime minister, to seek [yet another] extension from the EU, Mr Johnson decided to call an election. Labour, out of a desperate desire to have its leader, Jeremy Corbyn, lead the country supported the bid to go to the polls. Is Johnson’s “cunning plan” going to result in the desired result?

The United Kingdom is not interested in whether the Conservatives, Labour, Liberal Democrats, UKIP, SDP or any other group should be the ones forming the next government but a solution that will allow them to put this saga behind them and get on with their lives. An election will just repeat the cycle of economic uncertainty and political exhaustion the British people have had to put up with after Conservative leader David Cameroon landed them in this mess in June 2016.

An election is the wrong choice because the outcome of this election will be a divided parliament and a divided parliament is a hung parliament. Rather than have John Bercow shouting “order” we will have Sir Lindsay Hoyle shouting out the phrase. Normally the electorate vote for a party based upon its agenda. This time round the agenda is based around the single topic of Brexit. Those participating in this election will fall into one of three groups: those who want a hard Brexit, those who want a negotiated exit and those who want to remain. It is highly likely that no single party will manage to secure a majority in parliament and would need to jump into bed with another party. When this happens, things will be even more complicated. Johnson’s conservative party has invited members it had expelled a few weeks earlier to re-join the conservative ticket. And when these elected members disagree with the stance taken by the [aspiring] prime minister they will be kicked out again, and we are back to square one.

Rather than opt for an election, Prime Minister Boris Johnson should have pushed forward for a binding referendum. This referendum would have given the electorate a choice between remain, hard leave and negotiated leave options. Additional confounding matters that take focus away from the real blocking point would not factor in as they are with the election route. 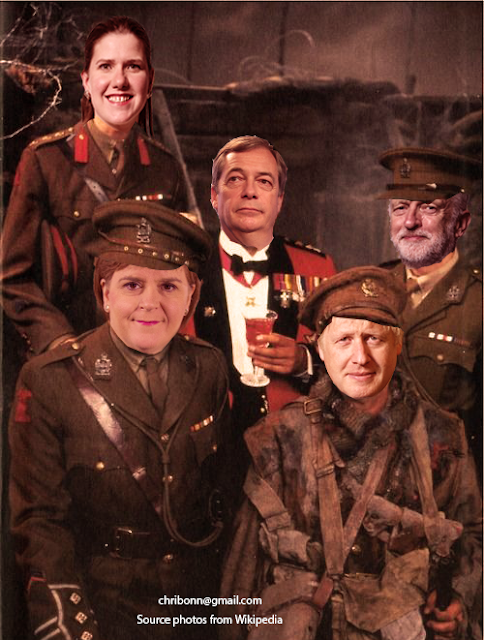 Anyone aligned to one of the three options would have been a liberty to lobby for that option outside the restrictions of their party. Parliament would find it easier to align with a referendum especially if this commitment is sought beforehand. The first referendum cannot be relied upon because those who participated in it were not made aware of the true consequences of the two options. The fact that the original two options have become three supports the fact that the first one was not well-thought-out.

As mentioned above, a referendum may result in a three-way split in which no single choice secures a majority of the participating electoral pool. If this were a relatively minor topic, one could agree to go forward with the choice that secures the largest share of the votes. As the topic of Brexit will impact the life, livelihood and future opportunities and risks on a grand scale, this decision must require a clearly defined consensus. The referendum package would include a proviso that states that if no single choice secures a 50%+1 vote, the two highest options are polled against each other in 4 weeks' time (after the holidays).

The clear winner would be the popular choice. Political parties, having endorsed the referendum, would find it more acceptable to respect the sovereignty of the British public.

As happened soon after Prime minister David Cameroon landed the country in the mess it is in, Prime Minister Boris Johnson could announce his resignation or an early election if the will of the people turns out to be different from the position his party took. On the other hand if the results support the position the Conservatives lobbied for, he would take the country in the chosen direction with his head held high and a united parliament.