June 05, 2020
It would be safe to say that the South Korean conglomerate Samsung produces almost anything under the sun. It is present in every market and dominates or leads in most. Many-a-times Samsung gets it right but sometimes it does not. This is one story when Samsung got it wrong and how Samsung is blatantly breaking the consumer protection safeguards aimed to protect customers from this type of behavior. 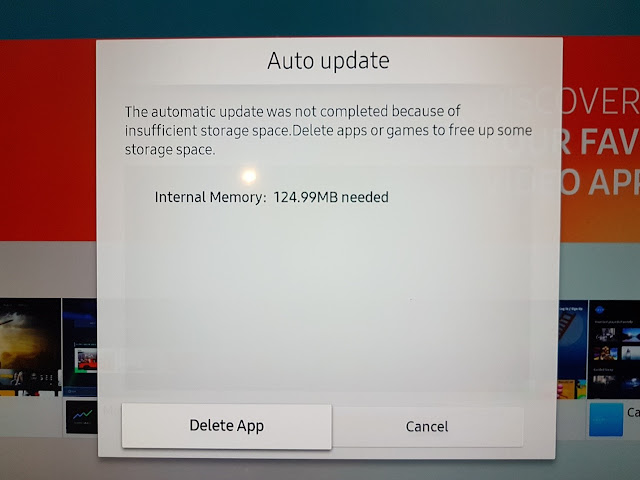 Samsung is producing internet connected Smart TVs that are not able to be updated with functional and security patches. Many of these TVs are under warranty and some are still being sold to date. Various models are impacted by this design flaw although this article will focuses on the NU7xxx series. 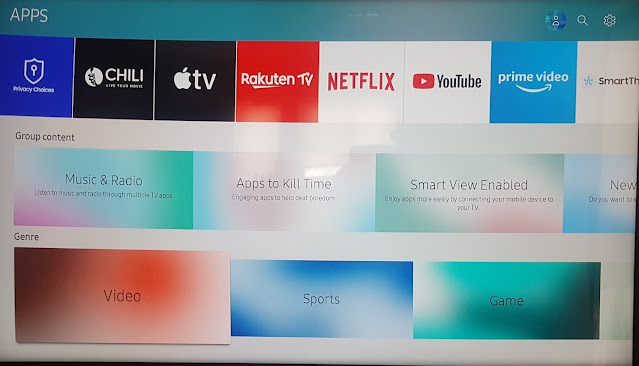 Smart TVs come with memory that serves the following purposes: 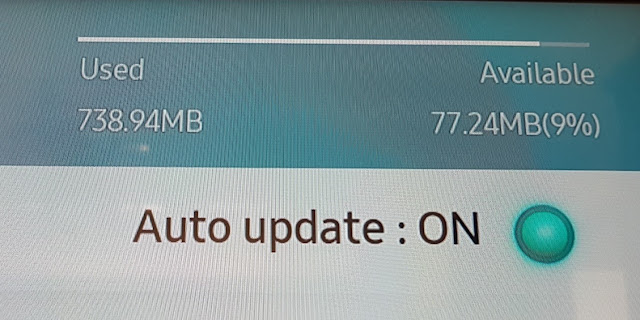 Many Samsung TV have a defect that results in them not being able to load updates produced by Samsung. These updates cover both updates to apps as well as security patches. Without these updates consumers will have a Smart TV that are anything but smart. 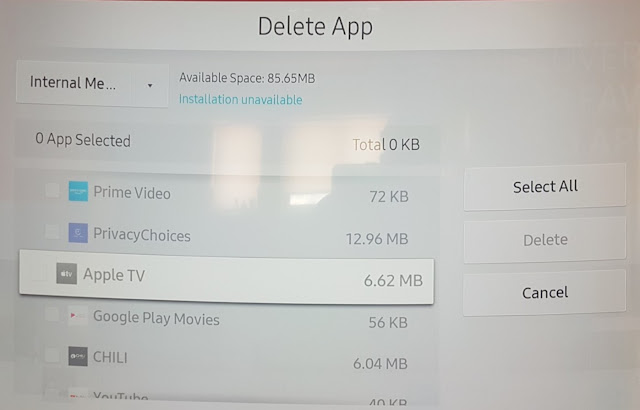 Customers who have reported this defect have been informed that they must remove any apps to make room for these patches. This is not possible because Samsung has struck deals with companies such as Amazon, Apple and Google and has included their apps with no option to remove them. The TVs limited memory is blocked by sideline deals between Samsung and these companies at the expense of customers. Each one of these deals earns Samsung millions.
This lack of memory means that security updates will not happen. These TVs are internet connected devices and any vulnerabilities will not be patched will mean that hackers will soon hack their way into people’s homes, spying on them through microphones, spying on their viewing habits and abusing their Data Protection rights.
Consumers have been seeking remedy but nothing has happened. Many have been led round in circles with all sorts of hocus pocus procedures that never solve the problem. At the end of these time-wasting processes the consumers are right back where they started.
Samsung Electronics has not provided an official position on this situation. Consumers need to unite and seek remedy. More people are joining every day once they realize the predicament they are in.
A number of groups are taking action to get the justice they deserve. If you are the owner of one of these defective TVs join one them:
By taking an active role we can make Samsung do what is right; replace defective TVs or provide a solution that allows consumers to have with Smart TV remain secure and updated for an acceptable period time.
Spread the word and become active
#FixOurSamsung Consumer Rights Defective TV Samsung Smart TV